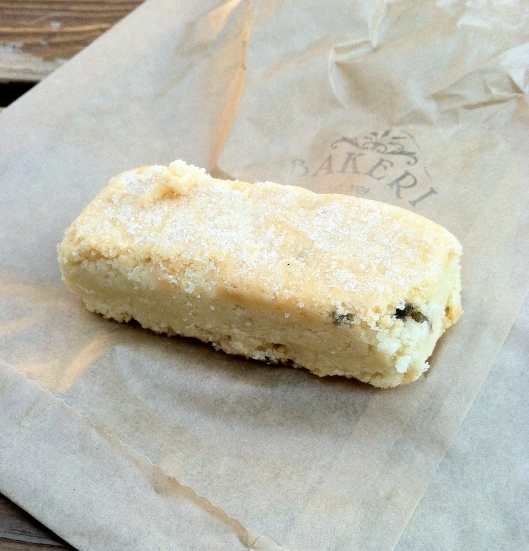 When I was young, my parents hired a bunch of au pairs to take care of my siblings and me while they were at work. They came from all over Europe: Spain, Sweden, Germany, Holland. Does that seem like a lot? It is. Technically, they were each supposed to stay for a year, but my two brothers and I were never “easy” children, so any given au pair lasted for a maximum of six months before she sent herself back to her home country.

That is, all but one: a Norwegian woman who not only lasted the full year, but somehow even liked us. After she left, she would faithfully write us letters (imagine the pure joy of receiving an airmail envelope when you are eight-years-old) and, better yet, send us Christmas care packages every year. It didn’t matter that we were Jewish. No dreidel-wrapped toy could compare to our annual Norwegian God Jul bag of marshmallow ropes, caviar in a toothpaste tube (for one brother who adored the stuff), and cartons of licorice all-sorts (which none of us touched).

Thanks to the wonders of Facebook, my family still keeps in touch with this babysitter, and I’ve always felt a sort of kinship to Norway because of her. In fact, one of the things that drew me to N. when we first met was that he has a research fellowship in the same Norwegian city where she is from. Coincidence? I think not. Okay, maybe.

So when I heard about Bakeri, a bake shop opened by a Norwegian, whose name means “bakery” in Norwegian and which stocks treats like Fjørd bread (a loaf chock full of imported whole grains) and skolebrød, I couldn’t wait to check it out.

It took me longer than I’d like to admit to actually stop by (Bakeri opened in 2009, so you can do the math), but after years of tepidly walking past, I finally popped in for a quick afternoon pick-me-up.

Horror of horrors, there was no skolebrød in sight. Sadly, this is not that post. It is, however, a post about a lovely lavender shortbread. One Jenga-like block will set you back a mere $1.00, a price that is more than reasonable for this perfectly composed yet delightfully crumbly cookie. 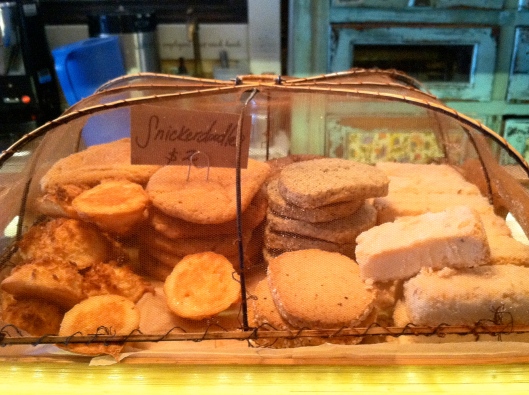 First of all, let’s discuss flowers. Not bouquets, silly, but as a flavoring. Using edible flowers while baking is a tricky thing. Too little and you might not pick up on the taste. Too much and it feels like you’re eating a bar of soap. Finding the ideal balance takes a light hand and a lot of practice.

Now, let’s discuss shortbread. In my opinion, there are two characteristics of a well-made shortbread: an appropriately crumbly cookie that disintegrates in your mouth and a rich, buttery taste.

Bakeri has clearly put in the time to strike it right on both counts. The lavender in this shortbread comes through as a vibrant but not domineering floral aroma, almost as if it emanated from the nose and not the mouth. (The cookie, itself, doesn’t smell too strongly of the flower.)

Another shortbread shot, appropriately blond but with a visible lavender streak.

Looking at the shortbread head on, it appears to be a solid brick that would require a good dunk to loosen up. However, a bite provides instant give, and the rest of the cookie dissolves on the tongue. If you break it apart, it crumbles at the edges, almost like a sandcastle slowly tumbling down. A war of attrition, if ever there was one.

Combined with the deep taste of butter, this biscuit tastes and acts less like a sturdy Nordic goody and more like a Scottish-Provençal mutt. It is practically begging for a mug of Earl Grey, lovely company for a morning spent watching the sidewalks of Williamsburg come to life.

And maybe if you’re up early enough, you’ll catch the skolebrød. You can bet I’ll be back for that.