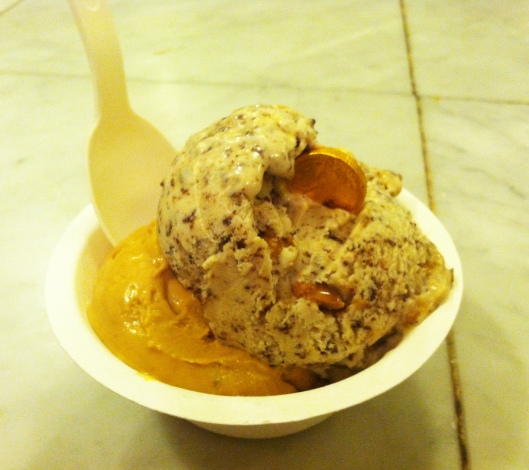 Readers. I am super excited. One of the best television shows of, dare I say it, ALL TIME is about to make its triumphant return. “Arrested Development” will debut its fourth and final season on Netflix beginning May 26. It is safe to say that I, along with many other AD nuts, will be shut-ins until we watch the whole season from start to finish. Better than having a hook for a hand though, right?

Luckily, the creative folks at Ample Hills Creamery, a wonder of a scoop shop in Prospect Heights, are also excited. Ample Hills is something like the Ben & Jerry’s of Brooklyn. They constantly churn out homemade, high quality, farfetched ice cream flavors with lots of textural mix-ins that are incredibly addictive. Their latest is an ode to the moneymaker of everyone’s favorite dysfunctional TV family: There’s Always Money in the Banana Stand.